The Pennsylvania Convention Center is divided into four main halls, a grand hall, and many smaller meeting & presentation rooms. The grand hall is part of the former Reading Railroad terminal elevated train shed. The convention center is also connected to 1200room Marriott Hotel, which offers restaurants, a fitness center, and additional meeting rooms and ballrooms. A recent expansion has gone underway on the west wing of the convention center that has increased meeting and exhibit space by nearly 60 percent.

An event technology rental for the Pennsylvania Convention Center has become very popular due to the enormous cost that goes into setting up a great trade show booth at a Conference Center. We can help you out by giving you the complete package of on-site delivery and installation of top of the line equipment for your trade show booth. We offer a wide selection of equipment for a trade show booth from a plasma displays, laptops, sound systems, to staging equipment, pipe & drape, and plasma wall mounts. 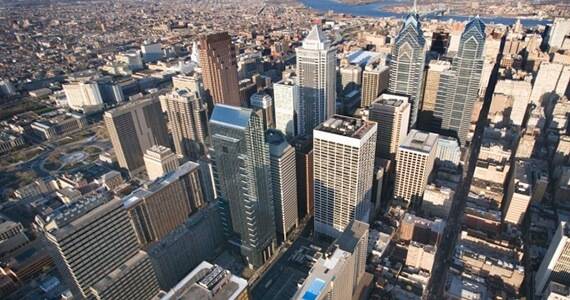 For all your computing needs, we offer a wide range of computers for rent in Philadelphia, Pennsylvania: Desktops, Laptops, Tablets, iPads, Servers and All-In-Ones.

We offer virtual reality sets, kiosks, cell phone charging stations, and other event technology rentals in Philadelphia, Pennsylvania for your next event!

We offer Copiers, Printers, Fax Machines and Scanners in Philadelphia, Pennsylvania. Multifunctional floor stand models can do it all, even stapling, sorting and collating.